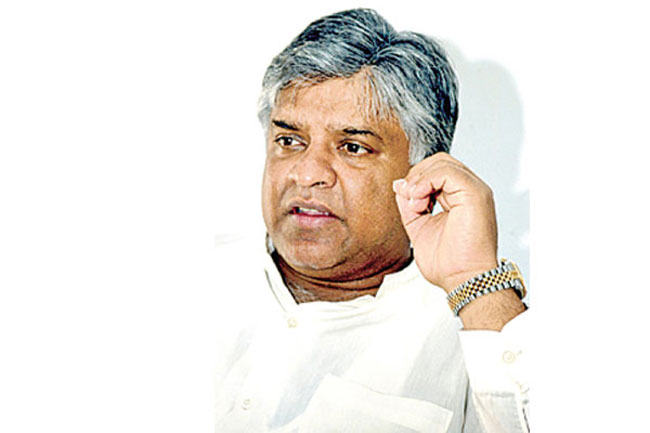 A written request has been made by the representatives to the Party Leader requesting him to take up the vacant National List seat at the parliament, he added.

This has been discussed at the Administrative Committee meeting of the UNP held today (23).

At the meeting, the subject has been broached by Ranatunga and he had pointed out that UNP’s National Organizer Naveen Dissanayake, who was absent at the meeting, too, agrees that the former Prime Minister should hold the MP seat.

Former MP Ranatunga said that there was no objection to this suggestion at the meeting.

Accordingly, a letter signed by all the participants of the meeting was submitted urging the Party Leader Wickremesinghe to be appointed to the vacant position.

Speaking to the media following the meeting, Arjuna Ranatunga stated that Ranil Wickremesinghe is the most suitable person to go to Parliament from his party, for the benefit of the country.

He added, “Our country is now facing a global crisis. The economy of the country as well as the world economy has collapsed. Ranil Wickremesinghe is the person who can actively contribute to the economic development of the country in the face of this catastrophe. That is why we proposed the name of Ranil Wickremesinghe for the National List post. He does not want that. However, we unanimously proposed his name and made a written request to him today with the signatures of everyone.”